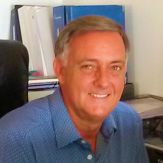 Andy has over 42 years' experience on rotary wing aircraft. He started his career with the UK Royal Air Force as an Engineering Technician and had his first experience of Rotor Track and Balance flag tracking a Wessex HC Mk2 in 1981. Since then he has been employed on multiple single and tandem rotor aircraft at all levels of helicopter maintenance. After 22 years, he retired from the RAF, and joined Smiths Aerospace, later to become GE Aviation, as a Lead Engineer/Technologist, where he was involved in the development, integration and flight-testing of HUM systems. In addition, Andy was the first approved OEM global instructor for AW139 HUMS for GE and Leonardo, and for almost 10 years provided training for operators at both Leonardo facilities in Italy and Philadelphia, as well as at operator locations around the world. Andy has also presented at various global conferences.

Andy is in the unusual position of having worked on both sides of the fence. His experience with the OEM and on the hangar floor at the coalface, as well as holding a HUMS Manager position, enables him to provide a level of service and training that is unrivalled.

An established and recognised instructor and expert in Rotor Track and Balance and the use of HUMS, Andy is probably one of the most experienced users of HUM systems anywhere in the world today.

He is a member of the HeliOffshore HUMS Working Group, promoting HUMS Recommended Practices and collaborating with other operators to share data, policies and experiences to agree what best practice should be.

Andy has experience in HUMS, VA, RTB and Propeller balance on the following aircraft types:

The HeliVibe Logo is a registered trademark of HeliVibe Training and Consultancy Ltd.