HeliVibe Home > HUMS - What's It All About?

HUMS - What's It All About? 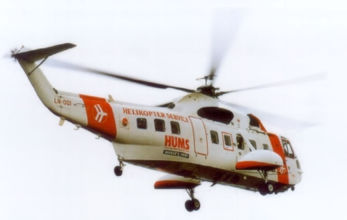 As a consequence to the relatively poor continuing airworthiness record, HUMS was instigated by the UK CAA in response to the recommendations of the Review of Helicopter Airworthiness (HARP Report - CAP 491), and the subsequent recommendations of the Report of the Working Group on Helicopter Health Monitoring (CAA Paper 85012). The first HUMS was installed on a Helikopter Service S61 in the early 1990s.

A HUMS records the status of critical systems and components so that the early detection of progressive defects or their indications is possible. This is in turn enables rectification to be performed before they have an immediate effect on operational safety.

A typical HUMS system uses sensors, distributed throughout the airframe and its components, which are connected to a data recording and storage system. Trend monitoring by system specialists is particularly important in utilising the system to its full potential. This allows system specialists to proactively perform condition-based maintenance to determine whether the aircraft has developed (or is likely to develop) faults that require rectification.

The extent of HUMS data capture varies extensively. A basic system can collect some usage parameters such as take-offs, landings, and engine starts as well as a small amount of engine and transmission health data. The more modern systems monitor the health of all significant vibrating and rotating assemblies (engines, gearboxes, shafts, fans, rotor systems).

The latest equipment allows the data acquired to be processed on board the aircraft or at a ground station. Future system development may allow data to be transmitted while the aircraft is in flight through satellite communications, with the aim of further reducing maintenance downtime by pre-planning.

The HeliVibe Logo is a registered trademark of HeliVibe Training and Consultancy Ltd.